Amy is engaged and looking to buy a home. Her life is good now because she faced her challenges head on.

Amy was just 23 years old when she came to CCCS of the Black Hills. Her relationship with her significant other ended. She thought it ended on good terms. Then she found out the debt was in her name and all her responsibility. She had to move back home - and moved in with her Dad.

Amy said, “my financial situation left me feeling defeated and a burden to my Dad.” On top of the debts from her relationship Amy incurred medical debts. She was going to school and working part-time.

She went to CCCS of the Black Hills. She enrolled in the repayment program. Amy said, “the harassing calls stopped, payments were manageable, and the staff was great to work with.” In two and a half years Amy paid all her account in full.

Today, Amy says, “life is GREAT! I reached a 700+ credit score for the first time. I have never been more proud of myself. I paid my debt off sooner than anyone anticipated.”

When asked if there was anything Amy wanted people to know who might be experiencing the same kind of issues, Amy said, “there is hope and people who care at CCCS of the Black Hills.”

Amy’s situation is not unique. It is not unusual for one person in a relationship to be stuck with all the debt. In so many cases all a person needs is a hand up to overcome their challenges.

Carolyn is a successful business woman, married, and just built her dream home. But life has not always been that way.

Carolyn was younger she married a man who did not have great credit. They started building a life together. When they wanted to buy something, the debt went in Carolyn’s name as she was the one with good credit.

But life doesn’t always turn out the way we think it will. Carolyn found herself divorced, with small children and most all of the debt. She was frustrated, angry, but mostly scared. "I had young kids, how would I take care of them and repay the debt?" wondered Carolyn. "I thought my only way out was bankruptcy. I was working shift work and taking care of two children. I’m sure all my financial stress was also affecting my work, " said Carolyn.

Carolyn came to CCCS of the Black Hills. She was expecting to be told her only option was to file for bankruptcy. Instead they showed her another option. CCCS of the Black Hills helped Carolyn develop a livable budget where she could provide a safe home, take care of her children, and repay her debt. Carolyn said, "they showed me how I could do this. I enrolled in the repayment program and completed CCCS of the Black Hills’ education program. I was able to stick with the program. I paid my debt. I improved my credit. I have applied the principles I learned. I taught my children these principles. I now have confidence in my ability to manage my finances."

Carolyn said what she learned by working with CCCS of the Black Hills years ago she has continued to apply to her life. She has married again. Carolyn said, "we now discuss our financial future. We continue to use the principles I learned from working with CCCS of the Black Hills. We have no credit card debt. We built our dream home at our dream location. We are putting money in our retirement accounts. It is a good feeling to know that the bills are paid, and we can work through any emergency. Finances are a big part of what we talk about and how we can accomplish our goals."

Carolyn’s advice to anyone experiencing financial stress is, "talk to CCCS of the Black Hills and see what options you have. Even when things seem out of control, you can take control."

Carolyn’s story is not unusual. Don’t let a temporary setback affect your whole life. Sometimes in life we find ourselves in a situation where all we need is just a hand up. CCCS of the Black Hills is here to help.

Life is good now. Sid is comfortable, but it wasn’t always that way.

Sid had his own business. When something new came out on the market that he could use in his business he purchased it on credit. Sid said, "I figured it was a business expense, so it was okay to purchase it." The debt started to pile up. Then came his divorce.

Sid said, "after my last divorce I was depressed, and I ended up maxing out my credit cards. I thought I would end up filing for bankruptcy. But I didn’t feel good about it. I started talking to my friends and they told me how credit counseling can help."

Sid came to CCCS of the Black Hills when he was 63 years old. He went through the counseling assessment and signed onto the Debt Management program. In just 44 months, Sid paid his accounts in full.

Sid said, "at first it was tight living on the budget and making a payment. But then it got easier. The time went by quickly and before I knew I paid all my accounts in full and my credit is in great shape. Being on the program forced me to reprioritize the things in my life."

"I didn’t have a very good track record of sticking to things so I’m proud that I stuck through it to the end. I have changed jobs, only have a car loan, and think before I buy something. I live comfortably within my means," said Sid.

When asked what he would want others to know Sid said, "CCCS of the Black Hills is very reputable. They will really help you. Do not call the national 800 numbers that will not help you. They will rip you off and make your credit worse. There is a difference in credit counseling agencies. Make sure you use a reputable agency."

Sid also said, "I think there is too cavalier of an attitude toward bankruptcy. When someone files for bankruptcy the losses the companies experience are all passed on to us in higher prices. I feel really good that I did not file for bankruptcy." 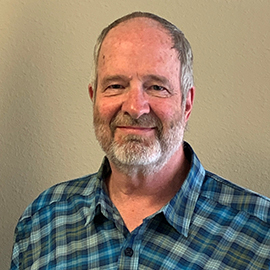 Todd A. Schweiger is an attorney and is the current Vice Chairman of the Board of Directors. He graduated from the University of South Dakota School of Law and practiced in Legal Services until late 1996--two years on the Rosebud Reservation and the remainder in Rapid City and the Black Hills. He became a board member of CCCS/BH in January of 1981. He has continuously served on the board since that time, holding each office, including that of Board Chair three times. His legal practice focuses on Family Law, Business Organizations, Trusts and Wills, Probate, Landlord/Tenant, Property Law, and appointments in Abuse and Neglect cases. 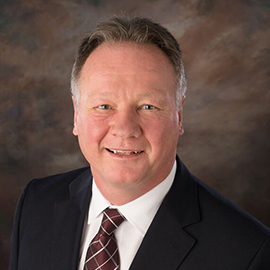 Dave Semerad has been a board member of Consumer Credit Counseling for 20 years. He has been employed with rural electric cooperatives for over 30 years. He has also served on the board of directors for Rushmore Electric Federal Credit Union. Dave has long been involved with the Rapid City Chamber of Commerce.